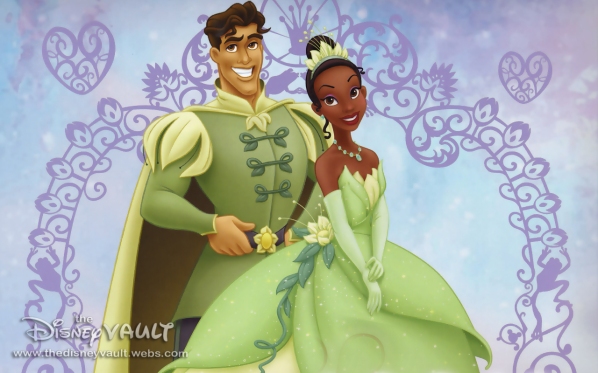 After having a discussion with a co-worker about the first part of this post, I decided to go ahead and make a part two. He gave me insightful feedback that made me realize there is more to this subject than what I stated previously. You can see the original post HERE. I wanted to make sure I touched on as many points as possible because this has a major impact on many of us today.

A key factor I did not mention in the original post is prince charming. Ladies we all know prince charming. You know the guy that has the perfect bone structure, an amazing smile and the body of a Greek God. You may giggle but truth be told too many women have been looking for prince charming and haven’t even realized it. You keep wondering why you don’t like anyone who approaches you, not realizing you are expecting a person created by the hands of cartoonist. Don’t get me wrong, there are some fine brothers walking across this earth. I’m saying do not fall in love with that image alone.

Then there is the kissing of the frog. I’m not going to say I’m completely mad at this concept. I like the idea that sometimes you have to be willing to look past your shallow wants in order to end up with your heart’s desires. The problem is, how many frogs have women been kissing their whole lives in hopes they would end up with a prince charming? You keep kissing and they keep remaining the same. You can’t fall for every man that promises he will become the prince charming you desire if only you would do (insert compromise here). If you are willing to love the frog to get the prince, good for you. Just make sure you have gotten enough evidence to back up his claims of who he says he is.

Another symptom of the Disney Effect is that it has caused some women to think that a man is supposed to jump through hurdles to be with her. I’ll be honest, I still find myself wanting a man to slay dragons, climb up castle walls and defeat evil forces to be with me too. I’m not saying a man is not supposed to put in work for a woman because he indeed is supposed to do so. What I’m saying is there is an extent to which a woman can become irrational in the expectations she has when it comes to what a man should do for her. You want him to jump through every hoop possible to prove himself because you saw too many movies growing up that told you he should. “Well Aladdin fought Jafar for princess Jasmine.” Are you a princess Jasmine? Do you exude your sense of majesty? Does your presence demand respect? Can you be versatile enough to be amongst royalty but humble enough to walk with peasants? You cannot expect for a man to do things if you are not being the type of woman who deserves them.

But I have to get on my fellas because Disney messed y’all up too. Disney made you all believe that if you jump through all the hoops long enough, you can get her and then stop putting in work. See because Disney didn’t show you that you have to put in work to keep the happily ever after, you assumed that a man didn’t put in any more work once the movie went off. The reality though is there is no ending to your movie. When you say “I do” the movie is just starting for you. So that is not the time to stop putting in effort, but instead the time to increase how much you give. Do not stop showing her how much you care. Do not stop doing all of the amazing things you did to get her. Always remind her how special she is to you and that you worked to get her for a reason, which was to keep her.

I won’t completely get on Disney. As I stated previously I love Disney movies. There is one movie I feel conveys a great message and no one really talks about it, and that is Beauty and the Beast. Here you have a man who had a bad experience which causes him to be a beastly form of his former self. Everyone is constantly reminding him that if he doesn’t fall in love soon he will be this way (alone) forever. Then one day, a woman stumbles upon him. Due to his circumstances he pays her no mind because he is still bitter about his situation. One day though, he reaches to his inner self and starts to realize that she may indeed be the one. She too was able to see past what he had become and saw his inner self. She loved him in spite of. Her love for him is what eventually releases him from the beastly person he had become. Her love helped to save him from himself. Now this, this is a love story. This is also more of what you may actually see happening. There was no love at first sight, there was no birds chirping and he didn’t defeat an evil witch. She simply loved him in spite of his flaws and in turn he learned to love again. Yes, it is still extremely cheesy but I can appreciate the deeper lesson. You don’t always know immediately when you meet but when you can look past yourself, you may realize you have found someone special. Many times we meet people and they are negatively impacted by past hurts. They push people away because they can’t believe anyone could ever love them for them. But the love of someone who sees with their heart, could be exactly what they need to remember what love feels like.

Disney may have messed some of us up but they did get some things right. Either way we have to learn to get out of the fantasy of what we created out of these beautiful tales. By all means if a fairytale is what you desire than go ahead, but do not let a fairytale be the standard for what you will accept. As I stated last time, fairytales are created to be whatever you choose them to be. Just remember that no matter how fairytale like your story is, both of you have to put in work to maintain it. My hope is that the Disney kid in us all, gets the fairytale love we always desired in the way Disney didn’t even know was possible. I also hope that we put in the effort it takes to make it last so we can all live happily ever after. *Cues glitter, fireworks and “when you wish upon a star”*