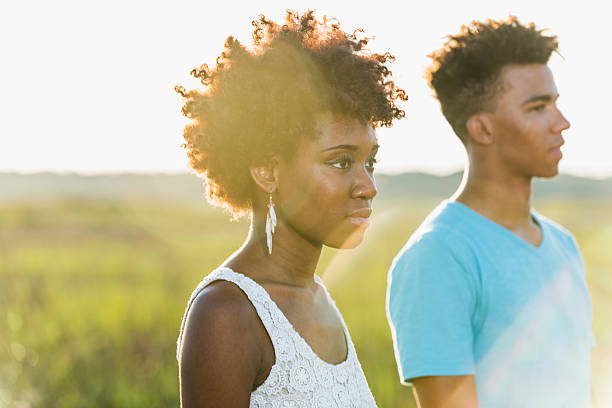 Well, I would start off by apologizing for the wait, but I feel like a broken record. So instead, I’m just going to ask “did y’all miss me?” Well I missed giving you all content. I honestly wanted to write something for a while. I just didn’t feel inspired enough by any one topic. Well, today I realized it was time to end the drought, but I still didn’t know what I wanted to say. So, I asked myself, what message did I want to get out to the people? Then it spilled off my lips “it doesn’t have to work.” Ah, the phrase I recently discovered that has changed my dating life forever.

In my recent exploration of myself and the mess that had become my love life, I realized and stumbled upon a powerful phrase. A phrase that would help me and many other people be set free from the bondage of unhealthy, unfulfilling, and unfair expectations of relationships. That phrase was “it doesn’t have to work.” By now, you’re asking what is so powerful about this phrase. You want to know how five little words can do so much. I’m glad you asked.

For years, many of us have entered into relationships with the heavy burden of making it work. I have even written blog posts about how we give up so quickly in relationships. While I stand by the fact that we have to be willing to put in the work, I realized there can sometimes be an unspoken rule that binds us. The idea that no matter what, this has to work. Still not following?

Okay, say you meet someone. They’re great, they’re cute, they’re what you’re looking for. So after a few dates and conversations, you start thinking how you have to have them and this has to work. Or maybe you kept it cool initially, but now you’re in the relationship, and you feel like you have to put up with anything because “it has to work.”

We put so much pressure on ourselves when we fall for this lie, because that’s what it is, a lie. There is no where that it states anything has to work in dating and relationships. I’m about to say something that may mess you up, but, IT IS OKAY IF IT DOES NOT WORK OUT. It’s okay if the relationship doesn’t make it. You may be gasping for air but let me explain.

We always like to say quotes like “it’s better to have loved and lost than to have never loved at all.” Yet we forget about the “loved and lost” part. Sometimes we lose in love. That’s a part of the gamble. Everything in love is a risk. And sometimes, you try with people, and it doesn’t turn out like we hoped. Whether it ended on good or bad terms, it ended. That’s okay, because other times, we go for it, and we completely win in love. The trick is, you never know which one it will be. Yet we try to convince ourselves that we have to win in love because we’ve become afraid of losing.

It’s like going to a casino and telling yourself you have to win that night. While that sounds optimistic, what happens when you start realizing you’re losing to the point of no return? Do you step away from the table or the slot machine, or do you keep playing in hopes you can turn it around? While some people end up lucky and get back everything they lost and then some, many end up losing more than they originally planned to invest.

We do the same in love. We can be tapped out, but because we refuse to admit the loss, we will keep gambling with nothing left, in hopes to turn it around. If you get nothing else from me, know that it doesn’t have to work. Be okay with taking losses.  Because truth is, with this mindset, they won’t feel like losses. If you can learn to be okay with that concept early on, the better chances you have of not getting into relationships bound to fail later. How? Because you’ll be more alert, less pressed, and ultimately more relaxed, which will lead to clarity, which leads to honesty with self.

When you realize it doesn’t have to work, you can relax and be your authentic self from the beginning. You don’t feel the need to perform because you aren’t pressed to make them want you. You aren’t trying to do everything right so they will choose you. You won’t be so willing to look over the fact she hates kids or that he doesn’t believe in your goals. You will be more comfortable in walking away sooner. You will be ok when you recognize it’s just not working.

Now let me make this clear. This is not a scapegoat for those of you commitment phobes out there. Don’t go around using this as an excuse to not commit to anyone. “Yeah Tish said this doesn’t have to work so I won’t be committing to you.” No….. I’m simply giving you freedom from pressuring yourself to make things progress beyond stagnation, not run from progress altogether.

This also is not an excuse for people to just up and hop out of relationships or cut off the person who you were trying to ghost. Relationships are work. PERIOD. There is no perfect relationship. This is not permission to be lazy, or give up. When the relationship is worth it, you fight for it. You are going to have to put in work either way. Again, this is about keeping you from forcing something, not jumping ship or half performing.

I truly hope this helps. It has helped me in so many ways and I’m still getting used to it. It’s freeing and it helps to keep emotions down. It makes dating fun and enjoyable. No longer do you have to weigh yourself down with the false ideology that something has to work. The only time that applies is after you say “til death do us part.” But if you adapt this philosophy now, you won’t feel pressured to say those vows to just anyone. It is okay if things don’t work out. So relax, have fun, and take a gamble but keep your limits in mind. Above all else, enjoy it😉